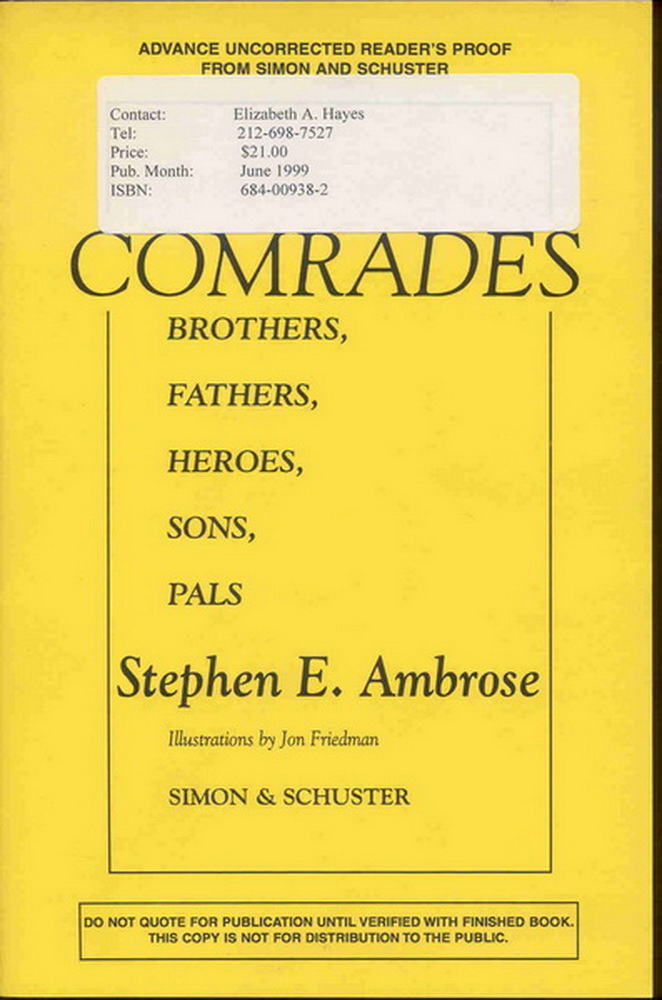 This proof is in new condition with all corners square , no creases to the spine, and a pristine textblock. Proofs are pre-first edition and as such are printed in very small quantities. They are given only to the author, the publisher, and book reviewers. Consequently the uncorrected proof is more rare than the First edition. Stephen Ambrose was a well known, if controversial, historian. He wrote 'Undaunted Courage' about the Lewis and Clark expedition as well as 'Citizen Soldiers' and 'D-Day' and 'Band of Brothers'. His writing style is fluid and expressive. This book appears to be a series of essays on the friendships which men try with difficulty to establish. Here you will find such figures as Eisenhower, Crazy Horse and Custer, Nixon, Patton etc. He talks of combat friends as well as brothers such as the Ambrose Boys, the Eisenhower Boys, and the Custer Boys. All-in-all this is a marvelous book on the friendships that males create as they go through their lives, An unusual and gripping read.