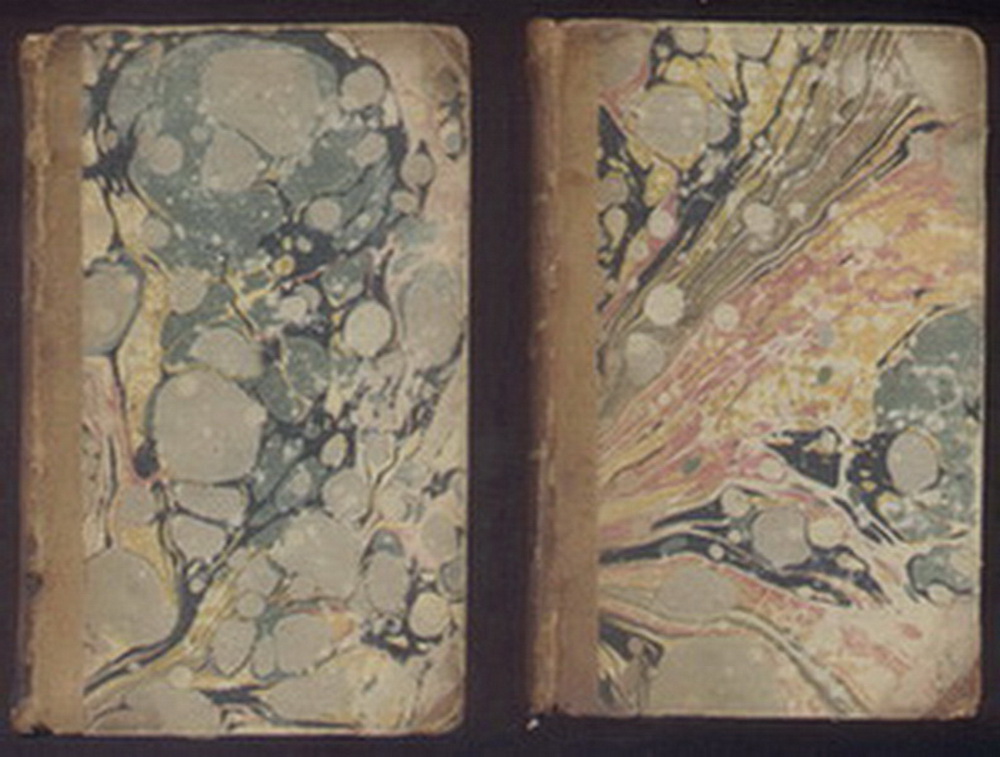 Mark Akenside was a British poet and Physician. He is best known for his poem 'The Pleasures of Imagination', an eclectic philosophical essay in poetic form. It was first published in 1744 in three books and a fourth book was added later. The whole poem was extensively revised and it finally appeared posthumously in 1772. These two small volumes are a later printing (1781) of this work from 1772. These books are classic 32mo in size which is quite small (3 1/4" wide by 5" tall"). They are bound in half calf over marbled boards. The spine labels are red morroco. The bindings are tight and the books are very readable. People liked these small books in those days, particularly for poetry, because you could carry them around in your pocket for travelling by land or sea. This is a two volume set that shows wear and some chipping to the spines, particularly on volume one. There is no foxing in the books and these collected poems are a delight to read. The gilt and labelling on the spines is still fully present on volume two. Volume one has a couple of small gilt lines that are not present. For a set that was published in 1781, these books are in very nice condition and these are very clean copies. The poems are written in blank verse derived from Milton and they were modeled on the Roman Poets Virgil and Horace. In the later poems of the collection Akenside adopted the Ode as his favorite poetic form. The odes are in volume two. A most interesting little set from a poet who was at one time made physician to the Queen. We are pleased to send pictures on request.