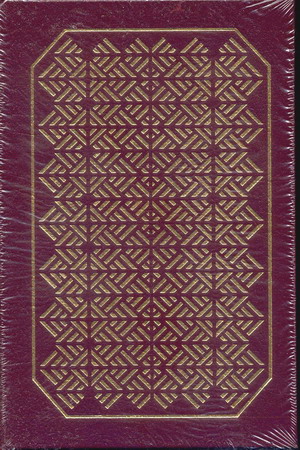 No Future Without Forgiveness

This book is brand new and in the original publisher's shrink wrap so please forgive the picture. The shrink wrap distorts when it is scanned. The book is personally signed by Nobel Peace Prize winner Desmond Tutu. When South Africa's changed from the system of apartheid to democracy the work of building a new nation had begun. The new leaders saw That the nation would have to be one of not just legislative concerns but the nation would also have to deal with infrastructure and commercial issues. After years of violence and civil unrest the very soul of the country had been damaged and needed serious attention. This book is Desmond Tutu's historic account of South Africa's 'Truth and Reconciliation Commission'. Desmond Tutu was the chairman of the commission as well as a winner of the Nobel Peace Prize. The commission was created to deal with the many crimes against humanity during apartheid. To avoid endless trials and legal proceedings the Commission decided to simply give the accused as well as the victims the chance to simply tell their stories. In this volume Tutu relates the tale of how letting these people face each other fostered sincere acts of penitence and forgiveness that became symbols for South Africa as well as the world. Tutu's actions and behaviour are faith based and are seen through a Christian perspective. In this volume he explains how he managed to find love even in the face of a country that had basically been destroyed. This is not a religious book per se but it is Tutu's faith that kept him going and made him successful. This is a most historically important book written by the man that was there when it was all happening. A book for the generations. This beautiful book is bound in full-tooled deep brown leather with satin moir endpapers, satin ribbon bookmark and 22kt gold on the spine. The spine has raised bands in the style of classic bookbinding. Beautiful gilt designs ornament the front as well as the back boards. The paper was made especially for this edition. The leather was cut entirely by hand. It has raised bands on the spine in the style of classic bookmaking. It includes a certificate of authenticity and a descriptive card laid in with biographical information as well as a few words about the book itself. Published by Easton Press it is a volume of heirloom quality and will be treasured for generations to come.

Title: No Future Without Forgiveness

No Future Without Forgiveness