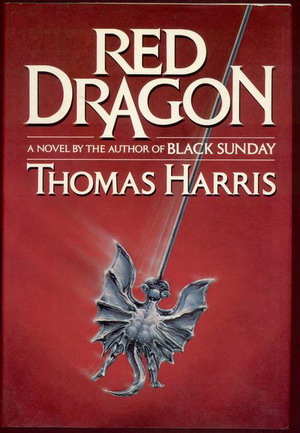 This is the First Edition and First printing of the novel that introduced Hannibal Lechter to the world. It is the first in the series that was continued with Silence of the Lambs, Hannibal,and Hannibal Rising. It was made into a film quite some time ago called "Manhunter" and it was made into another film called "Red Dragon". The movie starred Anthony Hopkins as the lovable Dr. Lechter. This is a difficult book to find in collector's condition. This copy is in Near Fine condition. It is unread.The dustjacket is also in near fine condition with the tiniest bit of shelfwear to the extreme bottom of the spine.It is virtually invisible.There is a bit of toning to the inner flaps at the top. The dustjacket is not price-clipped.Red Dragon is a true classic of horror and suspense and will make an important addition to the shelves of the book collector.