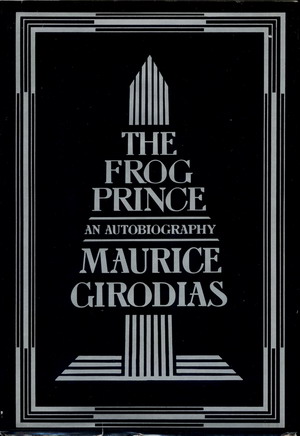 Frog Prince, The: An Autobiography

Maurice Girodias has been alternately described as the 'old king of porn' and the 'Lenin of the sexual revolution'. In truth he has been one of the most important behind-the-scenes figures in the history of modern literature. Girodias was the founder of the Olympia Press, the Paris publishing house to which so many talented twentieth-century writers gravitated when their works were considered too scandalous for everyone else. Anyone who knows the Olympia Press understands its importance in 20th century literature. This book is a first edition and first printing. It was Girodias who through much turmoil brought English readers, for the first time, such authors as William Burroughs, Samuel Beckett, Jean Genet, J.P. Donleavy, Terry Southern, Vladimir Nabokov and many others. I would rate this book as being in Very Good+ condition with some shelfwear present and a touch of soiling. The book itself has a bright silver spine that goes around the boards as if it were quarter bound in silver. I've never seen anything quite like it. The dustjacket is primarily black so it tends to show fingerprints and the like. There is light shelfwear to the top and bottom of the spine panel and a small closed tear at the bottom and top of the front panel. They will be hard to see when I place the book in an archival dustjacket protector. The dustjacket is not price-clipped. All said, this is an attractive copy of a most interesting book and the presentation looks better than it sounds,

Title: Frog Prince, The: An Autobiography

Frog Prince, The: An Autobiography